Here are some pics from our recent combined river and lake tour given by Wendella Boats (and made possible by the kindness of friend and fellow Columbia College alum, Besflores Nievera.  We can’t thank you enough!) Forgive me if it’s visual overload, but I can’t remember ever seeing the city look so good. (It’s virtually a new city since I left; the skyline has changed quite a bit.)

Starting off in front of the Wrigley building…

And on to Marina City… (Blackhawks just won the Stanley Cup)

Can you imagine? Pull your boat in, have a bite to eat then go home to your upstairs apartment. ! 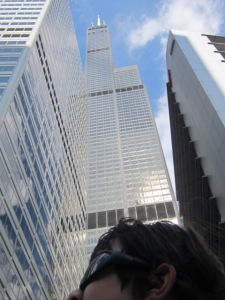 Still can’t quite bring myself to call the ‘Sears’ tower by any other name. Whatyoutalkinbout, Willis? 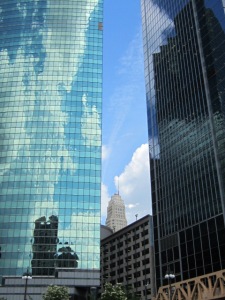 Wish I coulda got this entire green glass beauty at 333 Wacker Drive in one frame.

Heading out through the river, South bank here. As a kid I remember this was mostly wide open space, and Lake Shore Drive passed the Outer Drive East’s glass-domed pool. Now it’s all embedded in a forest of buildings.

Going through the lock… 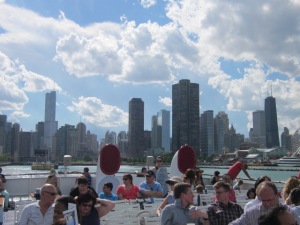 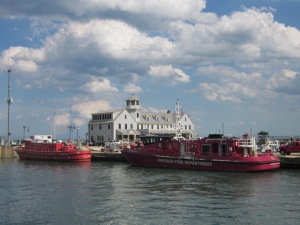 I remember when this whole area was undeveloped. There was a tiny shrimp shack nearby…. not any more.

Finally, on the open water of Lake Michigan! Yes!!

Coming around Navy Pier – where Elihu’s dad played many a concert in that domed ballroom.

A front came in and it was nothing less than dramatic. 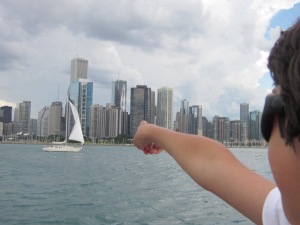 In mere minutes the wind picked up…

Thrilling to watch the front move through. 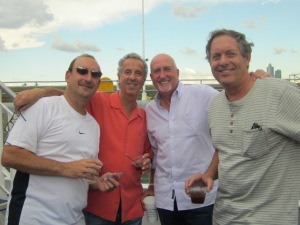 A charming group of dentists from out of town whose company we enjoyed. 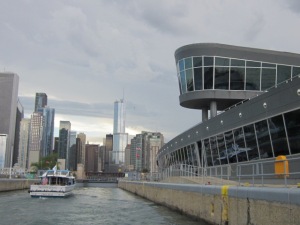 Had never seen this lockhouse before. Snazzy and George Jetson-y.

Glowing in the storm’s eery light.

Trump Tower also stands out in its brilliance. 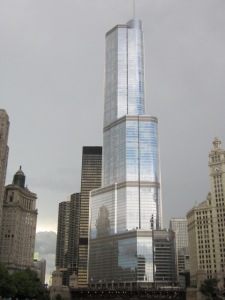 See that building in the center?  It’s the Intercontinental Chicago Hotel on North Michigan Avenue, and there’s a pool inside the gold dome. I know because years ago Fareed and I crashed it and soon found ourselves tip-toeing around the outside balcony to evade being caught. ! A pre-911 world to be sure.

Here too, in the dome on the left – on the South side of the river – Fareed and I enjoyed another adventure. Uttering some made-up, Eastern European-sounding language, Fareed signed us in after hours in the lobby guestbook, flustering the poor fellow on duty, who simply watched as we swept past with an air of feigned authority. Since we’d both come from gigs, we were wearing our ‘tux and white’ ensembles, so that no doubt helped our passage. We took the elevator to the top floor, and our appearance frightened away a man who’d been cleaning. He mumbled an apology as he departed and left us alone in the giant room. We danced, we took in the view, and we thrilled to our impromptu and daring bluff.

A peek in the wheelhouse to see how it works.

See those three flights of stairs? Nearly 100 pounds of luggage had to be lugged back up in heat, humidity and finally through a summer downpour – after our refreshing, wind-swept cruise. In spite of that, it was still one of the best afternoons ever. Certainly a day neither one of us will ever forget.