Each year in our Waldorf School, as part of their Ancient Greece study block, fifth graders participate in a Pentathalon attended by several of the Waldorf Schools in the Northeast. The children learn the five events (running, long jump, javelin, discus and wrestling) and train for months beforehand in their Games class (the Waldorf version of Phys Ed). The kids’ performances in each event are judged by speed, strength and distance as one might expect, but furthermore form and beauty are also noted. (Thank goodness for that, because my child is the product of two less-than-physically gifted parents!) Although the night he returned home he finally expressed a deep disappointment in his performance (and is bound and determined to do ‘better’ at next year’s Medieval Games in sixth grade), I do think that the overall experience – of staying overnight with new kids, learning to follow a new routine and just giving it his very best – all of this made an important contribution to his growing and maturing process, and I’m extremely grateful that my son has been lucky enough to share in such an experience.

The fifth graders studied Ancient Cultures all year, culminating in a visit to Ancient Greece.

I can imagine what some of our new chickens’ names might be soon…. 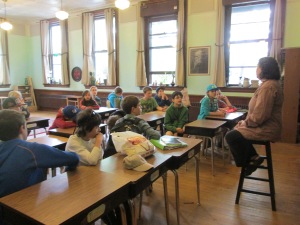 Ms. Reid gets class five ready to leave. (And speaking of leaving, she herself is leaving our class for a new direction in her career. We will miss her more than we can express.)

This is what most Waldorf Schools around the world look like. We’re one of the few to inhabit a building not designed in the Rudolph Steiner style. Elihu and I, however, absolutely adore our historic school building with its wooden walls, tall ceilings and incandescent lighting.

A typical Waldorf classroom. Note the profile of the windows and overall cozy, intimate feel to the room. (The children stayed overnight in the classrooms.) 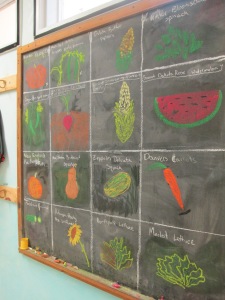 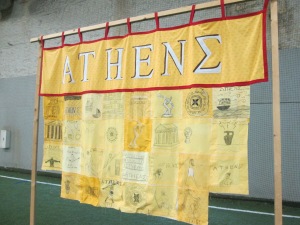 He was assigned to the city state of Athens, representative of beauty. That’s my boy!

And here’s the panel Elihu drew for his team’s banner. Living up to the qualification of beauty, I think.

Here are the teams’ gifts to Zeus.

The team judge goes over some rules before the final event of wrestling. 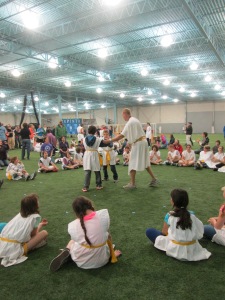 The judge sets up Elihu and his partner for wrestling.

Elihu gets some coaching on how to accept the baton in the relay race. 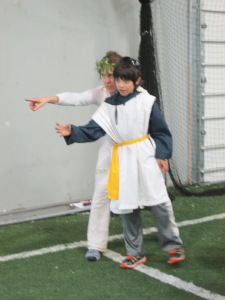 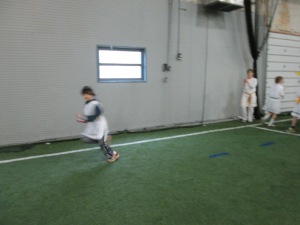 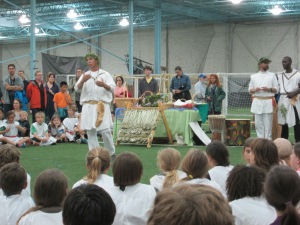 Mr. Largie, Elihu’s Games instructor, speaks in French for the folks from Quebec.

Elihu is awarded his medal. The judge summed up his performance in one word: Integrity. I didn’t hear that word used for another child. Yeah, Elihu didn’t really do too well in any of the events, but nonetheless he toughed it out and kept his chin up. He certainly performed with grace, beauty and attention to form. I agree with the judges, my kid definitely has integrity goin for him.

In the city state of Corinth, one student translates into French for another the qualities of her performance at the Pentathalon as they’re being read by the judge. (That’s Elihu’s teacher on the left.) 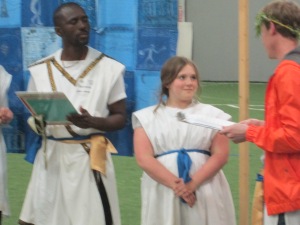 Our friend, Cally, hearing from one of her team’s judges. That’s just the sweetest look on her face. 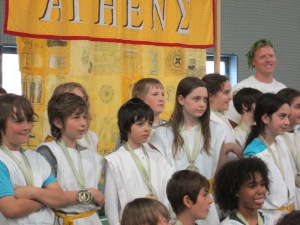 And the beautiful team Athens! 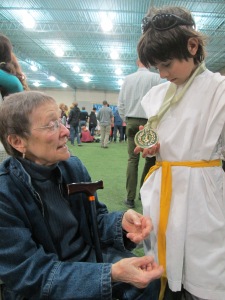 Grandma, who came along for the second of two days, admires Elihu’s medal. They were ceramic pieces, each handmade by members of the local Waldorf community. He will cherish his for a long time. 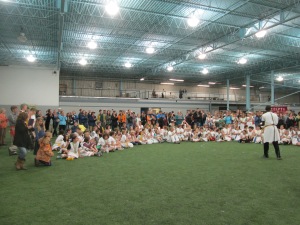 A big crowd for the final closing song, which was sung, complete with harmony parts, by all children present. 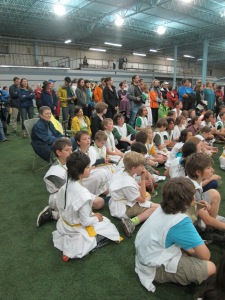 Grandma, seated at left, Elihu in the foreground at left.

He is thrilled to be playing with these guys. In fact, I was so thrilled as well that I shelled out for the WordPress upgrade that allows me to embed videos. Here goes… 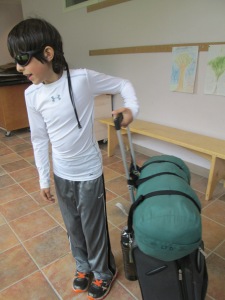 Post-games, it’s time to pack up and go home. 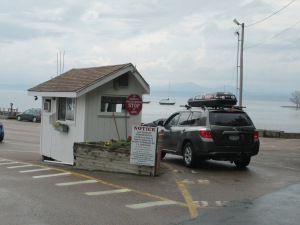 Mama planned this fun extra into the return trip – a ferry ride across Lake Chaplain!

But I wasn’t the only parent with this trick up her sleeve… We got out of the car to find half his class already onboard. 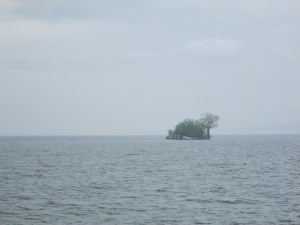 Elihu and Ben with New York’s Adirondack Mountains in the background (we’re heading East; Vermont is now behind us.) 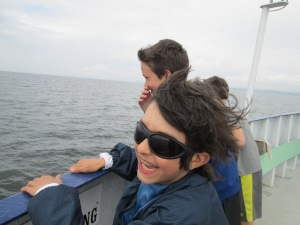 Happy mom. In fact I am happiest when on or near water. I may end up leaving Greenfield one day for a coast somewhere…

The ride home is rainy…

Safe and sound at home, we admire Elihu’s Pentathalon medal. What a great experience in so many ways.

Once again, grateful are we.

One thought on “Pentathalon” 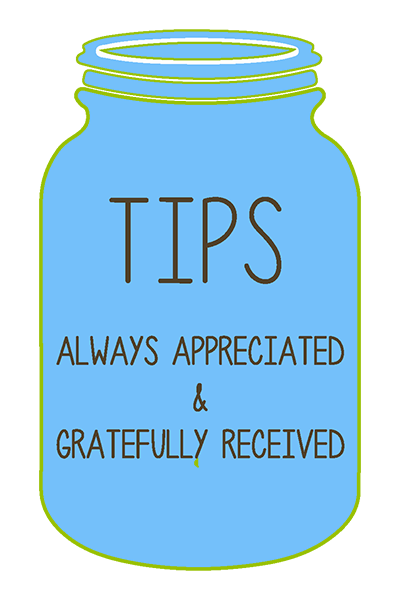