Elihu returned home from his father’s a couple of days ago – and with great fanfare, as he came bearing guests. I’d thought lice were for other people’s kids, but apparently not. I knew that in greeting a 13-year-old boy at the airport there’d be no huge embrace, that it would be mellow, but our new predicament absolutely assured him no such embarrassment would take place. Instead, we smiled, kinda high-fived and giggled our way to the escalators with our little secret. When we arrived home he paused in the doorway. “I guess I have been gone a long time, cuz I can smell the house now. And you’re right. It smells old.” I don’t mind – heck, living in it I hardly notice it anymore, but I do remember a time back in our first days here when I thought the joint smelled like a cross between your ancient aunt’s split level and a summer camp. A little paint and tlc has redeemed us just a little, but in the end, it is what it is. Like its owner, it is decidedly middle-aged and beginning to feel it.

So much has happened since Elihu has been gone. It’s hard to know where to start, but the essence of my summer experience can be distilled by saying that milestones have finally been reached. It kinda breaks my heart that I let my weight creep up as I busied myself ticking crap off the eternal to-do list, however I take some solace in knowing that so much is behind me, and so much has been accomplished. My son’s pants are now short and his hair is long. All is as it should be.

At the moment Elihu and I are suffering through summer colds and a few final lice treatments. We’re hunkered down in the cool of the cellar after a nice afternoon in the sun, he at the downstairs tv playing Mario, me at the computer sorting through hundreds of photos and wondering if I should post any – or all of em. Ultimately there are so many sweet moments lost to the camera, and often the images I do have aren’t of the greatest quality. No matter, they convey the essence of our summer and help us to remember how August came to a close in the year 2016.

The Studio has come back to life this summer, and that, of course, is huge. 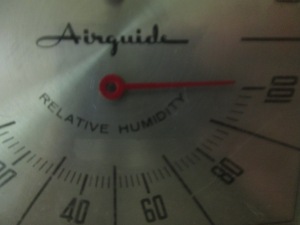 For just a week or two each year, the heat and humidity threaten my sanity. 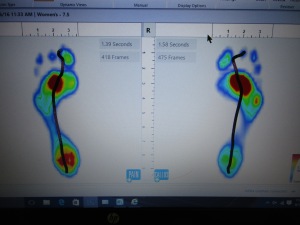 Finally dealing with some foot issues. Lots of issues in fact seem to coming to the fore at this time in my life. ! 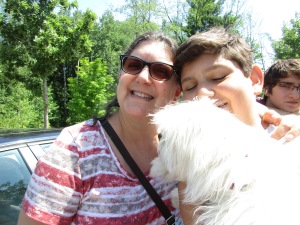 My old friend Dina – whom I’ve known since I was very young – has been proactive about staying in touch and visiting. She, her boys and furry dog flew in from Seattle and we met at a local art museum.

Mom came too – she and dad used to enjoy coming to the Clark.

On the way home we stop at a Stewarts – the local version of a 7-11. We ponder the after-market stickers on our drinks which read “produced with genetic engineering.’ ! ?

Serendipity arranged for my favorite chicken art gallery to be right next door.

Dan and I are now enjoying a fairly regular rehearsal schedule. Man, it sure is nice to have my own space in which to keep gear set up and ready to go.

Dan just had this guitar made for him. His thing is playing a 7 string, which gives him some great opportunities to play nice bass lines underneath. This solid body Tele style is new to him and so far, so good. 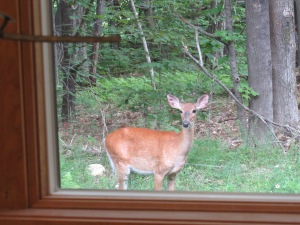 This doe stuck around for a long time, munching away as we played. 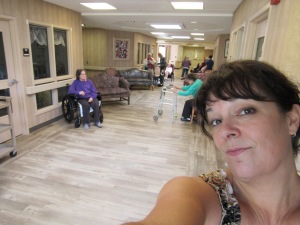 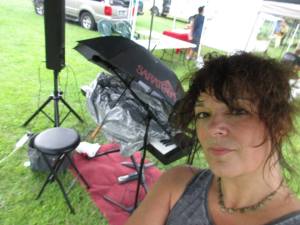 This may not be so glamorous either, but it’s my first piano single job since before my son was born. That sure took a minute now, didn’t it? It was hot, sweaty, rainy – and my tent leaked – but it was a success in my book.

…and that gig lead to this one. Vacation Bible School. Say what? A unique job to be sure. 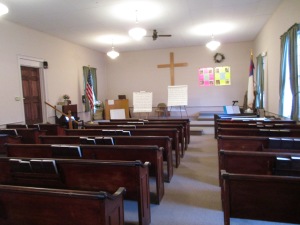 Miss Shirley tells the gang about miracles – the theme for the week’s camp. She blew a referee whistle to get the kids’ attention before marching them into the church as I played “Onward Christian Soldiers”. Shirley don’t mess around.

If you’re on your way to Heaven, clap your hands… 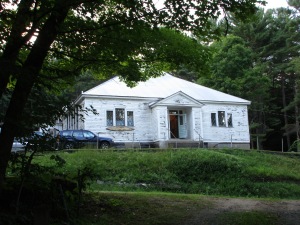 The schoolhouse on top of the hill, just above the old church. 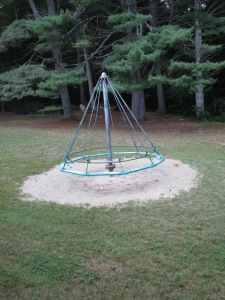 …looking out onto ancient playground equipment. Seriously, this looks like fun to me!

I visited the church cemetery – this is the famous Allen family here. There’s a road up the mountainside – a dead end – on which every single family is an Allen. You do the math.! 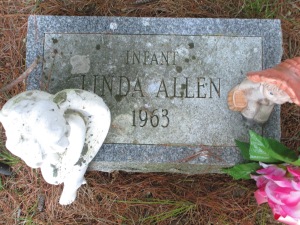 And many more of the same. These were kinda creepy, handmade and rather crude. But well-tended and well-remembered.

Much of the congregation was made of Allens, but not this little spitfire – this guy is Shirley’s great-grandson.

They were all very nice and welcoming, but a little too mainstream Christian for me.

The church owns this beach on the great Sacandaga Lake.

And on the way home I saw lovely views of this man-made lake. 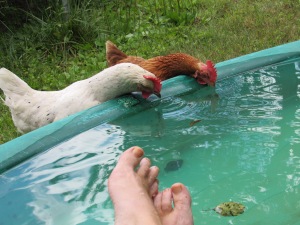 Back at the Hillhouse I enjoy my own watery retreat.

One day I hopped in the car and headed out to Saratoga Lake cuz I so missed water. I noticed a happy group at the far table, and it turned out I knew a couple of the folks there – they were Waldorf peeps! 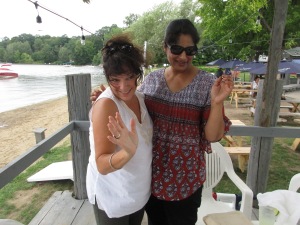 Who could believe that I’d meet a woman who grew up in Islamabad, Pakistan here in Saratoga? Crazy world.

The cars, if nothing else, tell us so.

Back at home, I enjoy a majestic summer sky. The greens of the trees are starting to look tired, and although the sun is still hot in the middle of day, the nights are cool and there’s a subtle feeling of change blowing in around us. But what a good summer it’s been. Lots of new experiences, visits with friends and nature all around.