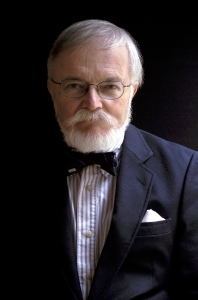 Robert Scott Conant of Greenfield Center, New York, passed away in his home on the evening of December 27th, 2013 at the age of 85. He died peacefully in his sleep, surrounded by his loving family and cherished cats. He is survived by Nancy J. Conant, his wife of 54 years, daughter Elizabeth Scott Conant, son Andrew Frederick Conant and also his beloved ten year old grandson, Elihu Scott Conant-Haque, all of whom live in Greenfield Center, New York, as well as nephew David Conant of Bala Cynwyd, Pennsylvania; nephew Douglas Conant of Champaign, Illinois; grandnephews Matthew and Gregory Conant and sister-in-law, Jean Conant of Holiday, Florida. He is predeceased by his father, Frederick Banks Conant, mother Bessie (Scott) Conant, brother David and niece Susan.

Robert and Nancy Conant were married at the Church of the Holy Trinity in Manhattan on October 10th, 1959, Fr. David Gillespie presiding. Though seven years apart in age, Bob and Nancy shared the same birthday.

Robert Conant was born on January 6th, 1928 in Passaic, New Jersey. His father was a judge, his mother a talented pianist. He attended Choate, where on a school trip to Manhattan to hear a concert by the iconic harpsichordist Wanda Landowska, he was first inspired to dedicate himself to the study and performance of the harpsichord. Mr. Conant went on to receive undergraduate and graduate degrees from Yale University, class of ’48 and ’56 respectively, where he would later teach as well as become curator of the Yale Instrument Collection. Mr. Conant made his professional debut at Town Hall in Manhattan in 1951. He later taught at Chicago Musical College of Roosevelt University under Rudolph Ganz, from which he retired in 1986.

Mr. Conant was a pioneer of the early music revival of the post World War II years, promoting the use of historically accurate instruments and tunings. Mr. Conant created the Foundation for Baroque Music in 1959, and began to host an annual concert series, The Festival of Baroque Music, the first several of which took place at the Seagle Music Colony in Schroon Lake, NY, and which later moved to its permanent home in The Studio in Greenfield Center, NY, an open-plan concert hall designed for its superb acoustics. The Festival of Baroque Music ran continuously for 52 years, concluding in July of 2011. In addition to his love for early music he was an avid supporter of twentieth century music and commissioned several new compositions for harpsichord. He received a Lifetime Award from Yale University as well as a Lifetime Achievement Award from the Saratoga Arts Council. When appearing before an audience, Robert spoke with masterful eloquence as few can.

There will be no formal visitation; online remembrances may be made at http://www.burkefuneralhome.com. The family would like to express their deepest appreciation for the exceptional level of care given by hospice workers. In lieu of flowers, friends may make donations to The Community Hospice of Saratoga in Robert’s name.

Bob entertained friends and family with his great talent for hilarious, spot-on impersonations and will be remembered by everyone who knew him for his ever-present sense of humor, cheerful demeanor and endearing smile. Robert loved all things beautiful, sonorous and poetic, and he lives on through our enjoyment of great music and art.

Please note that the link to www.burke@burkefuneralhome.com may not bring up Robert’s page just yet, as there is still a bit of paperwork to complete before he’ll be represented on their site. Visit back soon and you should be able to leave a remembrance. Thank you all for your love and support.